The sport of roundnet, aka “that yellow trampoline game” aka “if volleyball and foursquare had a baby” aka “enough with the wit I’d like to read the rules,” is played 2 vs 2. A player starts a point by serving the ball down onto the Spikeball net so it ricochets up at his opponents. The returning team has up to 3 hits between them (think bump, set, spike) to return the ball back onto the net. The rally continues until a team can’t return the ball onto the net within their three touches.

Team 1 serves to Team 2 to start a point 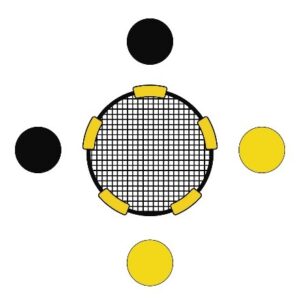 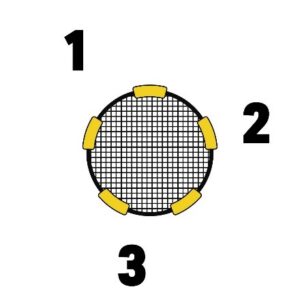 After the serve, players can move or hit in any direction 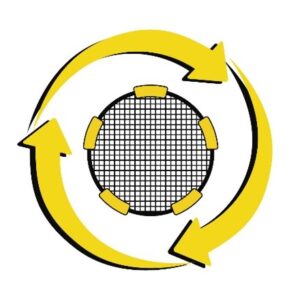 Points are scored when the ball hits the rim, the ground, or bounces more than once on the net 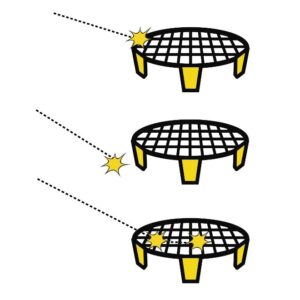 Freeze – one player on the opposing team can’t move from a pre-decided location for the duration of the point.

Milk duds – all players can only hop on one foot for the duration of the point.

Double down – call double down before the start of a point and the winning team receives 2 points instead of 1.